SAN FRANCISCO/MANILA, December 7, 2021 — The Climate Breakthrough Project, a philanthropic organization focused on climate change, has named Sara Jane Ahmed, Financial Futures Center Founder and V20’s Finance Advisor, one of its three recipients of the 2021 Climate Breakthrough Award, the largest environmental award of its kind. The awardees, who for the first time are all women, will each receive three million US dollars to design and implement their breakthrough climate change strategies.

The two other recipients are Denise Fairchild of the United States and Kathrin Gutmann of Germany.

The Climate Breakthrough Project said the award is specifically for Sara’s formulation of the Climate Prosperity Plan for V20 economies that are most exposed to climate-fueled risks:

“I’m deeply honored to receive the Climate Breakthrough Award from the Climate Breakthrough Project. It is certainly an amazing opportunity to elevate the Climate Prosperity Agenda of economies, helping mobilize finance to survive and thrive even on the frontline of the climate emergency. The Breakthrough prize might even represent a lifeline for the ambition we need to keep alive during this very difficult period when countries long vulnerable to climate change need to largely rely on their own ideas, political will, and collective resolve to implement new approaches and bold, integrative strategies.

The Climate Breakthrough Award WILL help steer and drive the course of economic development prospects through Climate Prosperity Plans, which establishes climate vulnerable countries in the driver’s seat of catalyzing economic transformation. Our aim is simple: launch a decade of progress aimed ultimately at achieving, by 2030 – not 2050, but this decade – “climate prosperity”, or the reversal of systemic climate vulnerability towards becoming systemically climate resilient, highly efficient, modern, low carbon economies.

While vulnerable economies bear the majority of the brunt of economic damages including increased cost of capital from evolving transition risk and physical climate risk, they are poorly represented when global agendas are set.  Climate vulnerable developing countries can not only steer big picture public narratives but contribute to the delivery of a shift in an economic vision from within leadership of the climate vulnerable developing countries. In doing so, vulnerable countries also get to spur and accelerate market transformation as well in developed economies, as they together represent the demand for transformational strategies for over 1.4 billion people worldwide.

My hopes for the fight against climate change are three things: (1) for the international and national finance architecture to support climate resilience by 2030, to support climate frontline economies in sustaining critical functionality in a more disruptive future where the volatility, frequency, intensity, and creeping onset of climate impacts of external events becomes much more severe; (2) for an economic transition and maximized socio-economic outcomes by year 2025; and (3) for the achievement of solid renewable energy pathways achieved by 2030 towards a trajectory of 100% renewable energy by 2050 or earlier supported by international finance, technology transfer and job opportunities.

In short, nothing less than transformational outcomes within this decade. Not 2050, but from today till 2030, when action and outcomes are most direly needed,” Sara Jane Ahmed, founder of the Financial Futures Center hosted in Aroha. She currently serves as the Finance Advisor to the V20 Group of Finance Ministers from 55 climate vulnerable countries. She also developed the Sustainable Insurance Facility and the Accelerated Finance Mechanism for V20.

Sara’s previous roles include advisory positions at the Climate Change Commission in the Philippines, the United Nations Development Programme, the Asian Development Bank, and the World Resources Institute. She holds a master’s degree in finance from the Simon Graduate School of Business in the University of Rochester and a bachelor’s degree in economics from Knox College. She also sits on the advisory board of the Global Renewables Congress and Climate Smart Ventures. There are three distinct elements to the clean energy transition: renewable generation, transmission and distribution, and use. Of the three, power generation through renewables has attracted the

Whether or to what degree climate-vulnerable developing countries have fiscal space is a key question confronting the international public finance community today. A new technical paper by 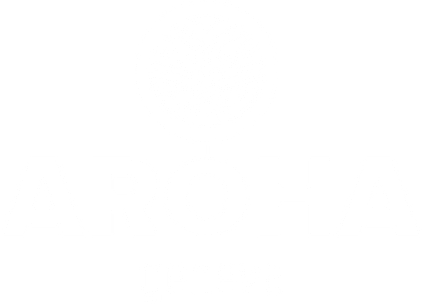